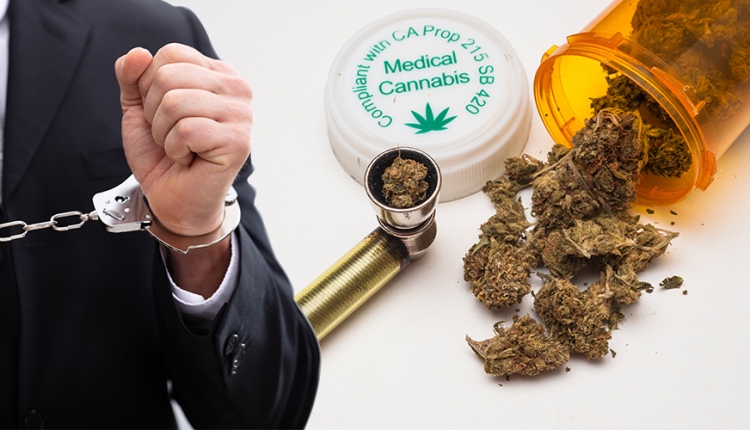 Drug Possession Charges: What Drug Classification Does Marijuana Belong To?

People facing drug possession charges face a wide range of sanctions. The penalties that they can get differ from state to state. Some simple possession charges range from a fine of $100 and a few days in custody. Other charges can go up to several years in state prison and thousands of dollars in fine. Sentences related to simple possession of drugs tend to be the lightest while manufacturing or cultivating drugs as well as distributing it get heavier penalties. The prosecutors in charge of the case often plea to the defendant to help the authorities investigate and arrest a potential organized crime group as well as its leader.

Cannabis, commonly known as marijuana, is a type of psychoactive drug, which can alter brain functions resulting in changes in mood, cognition, behavior, and perception. Cannabis can sometimes be used for medicinal purposes as well as recreational uses. Frequent use of this drug can lead to addiction. The addiction then leads to dependence on the drug.

The cannabis or marijuana possession laws have been through a lot of changes with some states legalizing marijuana or decriminalizing possession of the aforementioned drug. The states that legalized marijuana made restrictions in possessing it. If someone is caught possessing marijuana under a certain amount, usually one ounce, there will be no penalty. However, if the amount of drugs goes over a certain amount, the individual will get penalties and increased fines depending on the amount that was confiscated.

The sanctions that were given for drug possession charges differ from state to state. While the federal government has a big scope for them to enforce new drug laws, the Drug Enforcement Administration (DEA) focuses more on drug trafficking in different states as well as larger drug operations. The local laws are mostly handled by the states, using a wide variety of sentencing guidelines. Here are some of the states and their penalties for drug possessions:

The sentence also depends on the judges handling the drug possession charges. The penalty that they are imposed can range from fines as well as community service hours, and probation to sentences that can take a long time.

How does the Government of the United States Classify Drugs such as Marijuana?

Drugs are classified or known as scheduled by its medical use and for its potential for abuse. The definition of abuse is in accordance with the Controlled Substance Act that the federal government enforced. To determine a drug’s classification or a schedule, The Drug Enforcement Administration (DEA) will investigate how much potential can a drug be abused. If a drug is prone to a high risk of drug dependency and abuse, it will then be put on a schedule. After the scheduling, the drug’s medical use and its potential abuse are then assessed to decide where it will be classified.

Here are some of the drugs that are put on schedule according to Vox, with 1 being the highest restriction and 5 being the lowest:

Why are Drug Schedules Important?

The schedule of the drug is the one that sets the groundwork for the regulation of the substance. Both schedule 1 and schedule 2 have the strictest regulations. Schedule 1 substances are illegal for any uses outside of research, while schedule 2 can be used for some limited medical uses with the approval of the DEA.

Drug schedules can also influence state laws. For example, the schedule status of marijuana is one of the main reasons why a lot of banks are reluctant in opening bank accounts for growers, and pot shops. The marijuana’s inclusion on the most restricted substances leads to reluctance in opening accounts for businesses related to marijuana in some states like Colorado and Washington, even if the businesses are legal under the state law.

What Type of Lawyer Should You Get?