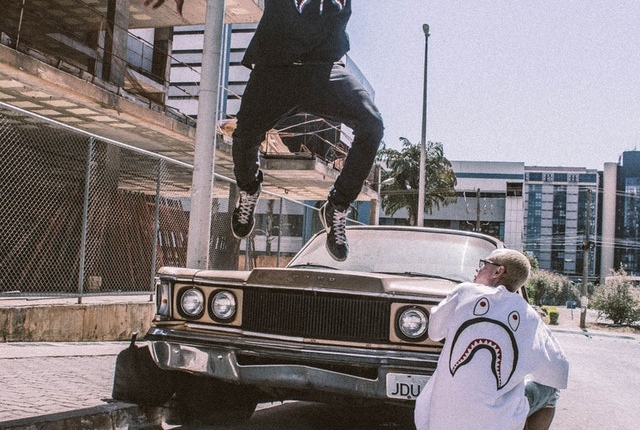 Streetwear has become quite a big subject in today’s fashion world. With brands like Gucci and Louis Vuitton, once known for the classy, high-society pieces moving towards the matter with dozens of lines being released every season, it’s quite easy to state how big this segment of the fashion industry is. Streetwear has been valued, in 2019, as of 30% of the entire fashion market, mainly because of the fact that brands like the above-mentioned ones have invested such considerable numbers of resources in their collections. With this being said, let’s analyse everything that doesn’t work within the fashion sector.

When it comes to streetwear, everyone knows that the most expensive brands are merely relying on branding instead of quality. Brands like Supreme and Anti Social Social Club, amongst the most famous streetwear providers of today, have been “called out” multiple times for their low quality, Gildan printed pieces, listed as “produced by themselves”. The extremely high cost ($1200 for a Box Logo Hoodie in 2019) is mainly due to the fact that the vast majority of these pieces comes in very limited quantities, therefore their reselling price grows visibly.

Made In China, Assembled in Italy

What almost destroyed Balenciaga in 2016 has risen again for companies like Gucci, Versace and Armani. Basically, in 2016, the company originally founded by Cristobal Balenciaga was accused of low-level production for their streetwear pieces, in particular in regards to their “Triple S” sneakers. The company admitted that the production line for their streetwear-related pieces was moved from Italy to China, but this, of course, didn’t lower the piece’s price, which was, instead, raised by $30 in the US. The company defended itself by saying that only the production line for the materials was based in China, whilst the entire assembly line was based in Italy. Is the fact that a pair of shoes is assembled in Italy enough to justify their price? Yours to decide.

Since its early beginnings (back in the Air Jordans’ era), streetwear has always proliferated within the reselling world, due to the products’ extremely limited availability and, most importantly, their incredibly low (at that time) price. In today’s streetwear world, a piece which has been released 30 minutes ago can be placed on the reselling market for 3 times its original value, whether if it’s mens urban clothing or the latest Supreme limited tee. The reselling market’s prohibitive prices are slowly killing the entire streetwear’s world, leading to its slow, but unstoppable ending. It’s good to see how independent fashion brands like Be Yourself Clothing have decided to remove their pieces from the reselling market.

Hate it or love it, the fact that the entire streetwear realm had taken over the world is tangible now more than ever. If you’re a streetwear fanatic, with dozens of pieces with extremely high value, I’d hop on the reselling train, since no one knows how this wave will last.

Traveling to Hong Kong with Young Kids: Top 5 Things to Do

5 Staple Items Every Man Needs In Their Wardrobe

Things You Didn’t Know About Working on Social Media

Renewables are Spreading, but Not Fast Enough